ALL TIME BEST OF "THE BEST OF" ALBUMS 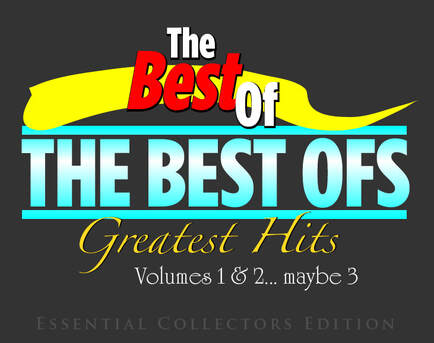 Whenever a band I really love puts out a Greatest Hits or Best of collection, I instantly start to index their catalog in my brain to decifer what fantastic song they left off the collection that some poor, unsuspecting soul will never hear because they won’t delve deeper into the band’s past to discover their glorious artistic offerings.

There are some bands that a Best Of or Greatest Hits collection can never do justice to. Bands like Led Zeppelin or The Beatles simply cannot be shoe-horned into a simple 15-18 song CD because their albums are works of art unto themselves, and their music is so diverse that anyone can claim a song deserves to be on the best of list and probably wouldn’t be wrong.

Then of course there are bands who put out tons of albums that garnered one or maybe two great songs and the rest is simply dreg. Listening to the entire output of say, Chicago could put you into a musical coma that would be difficult to revive yourself from.

I put together this list of the best of the “Best Of” albums you can add to your collection and play on a nice sunny day outside. Included on this list is not only Best Of’s, but Greatest Hits and career spanning Box Sets as well. No matter what the artist calls their collection, it’s a compilation of music that you have to add to your listening list. 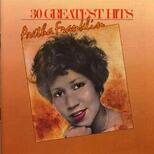 Aretha Franklin: 30 Greatest Hits
You can’t miss with the Queen of Soul and this compilation from Atlantic Records is a thing of beauty. Disk one is all her most recognizable hits like Respect, Think and Say a Little Prayer, while disk two represents some of her slightly more obscure, yet more soulful and gospel-like offerings. 30 songs that never get old or tired, the whole set is practically a history of soul music in itself and rewards every time. 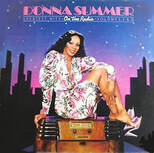 Donna Summer, On The Radio - Greatest Hits
Whether you’re a disco fan or not, cranking this album on your sound system pretty much gives you an instant party. Each funkified tune on this dance floor throwdown is feet-itching fun and is made all the more addictive by the fact the songs blend together without any spacing. Without time to catch your breath, there’s nothing left to do but dance. 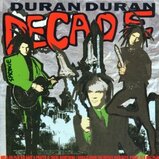 Duran Duran: Decade
Talk about a band that probably hasn’t gotten its proper due as not only a great band, but an influential one as well. This compilation produces one fantastic song after another and you’ll most definitely find yourself singing along at some point. These guys weren’t just window dressing. These Englishmen were super-talented and had an original funky sound that feels fresh today. Even the James Bond theme they did for the underwhelming clunker, A View To A Kill (1985) is a winner and it might just be the best one made for the entire movie canon. A must have collection. 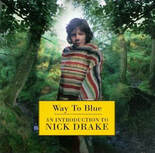 Nick Drake: Way To Blue, An Introduction To Nick Drake
Unfortunately, an introduction is all we are going to get as Nick committed suicide at the tender age of 26. Nick suffered from depression and his somber style comes across in his stunning English-brogue singing voice. He plucked a guitar in a ringing folk style, which effectively paired with his forced-hush singing and this collection of his best work is mesmerizing. His music has garnered much praise as the years have worn on and it’s apparent that we prematurely lost a legend along the lines of Hendrix and Joplin. 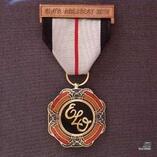 ELO: Greatest Hits
Pretty much everyone under the age of 35 has never heard of this band, but probably heard one of their songs. Jeff Lynne, the sole writer and musician on just about every track, marketed his creation as a wildly majestic big band in the form of Electric Light Orchestra. Their/His catalog has been swallowed up by time and lost in the 70s/early 80s disco shuffle, but ELO has some of the most creative and ear-bending sounds ever put to record with hits like Evil Woman, Strange Magic and Mr. Blue Sky. This collection is ear candy for both pop music fans and for those fascinated by the in-studio recording techniques of a sound experimenting genius. Lush, rich and fantastically inventive, ELOs music is a pure delight to listen to and this collection is great to have. 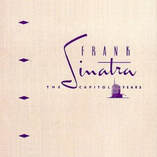 Frank Sinatra: The Capitol Years
Ol’ Blue Eyes has a stunning, jaw-dropping body of work and it goes on and on as he sang and recorded for the better part of 50 years. It’s easy to get caught up in the New York, New York years, (which many consider his weakest) because those songs are his most popular. The Capitol Years compiles his early/middle years, after he got more life experience and partnered with some of the best songwriters in history. The result was a catalog that is easily his finest work. His voice was powerful and clear, the songs clever and enjoyable and the recordings lush and tight. If you’re thinking of delving deeper into Frank’s music, this is an excellent start, but probably everything most people need. 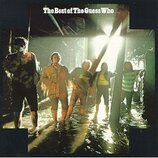 The Guess Who, The Best Of
The whosa what’sa now? Yea, many of you are probably saying The Guess Who? Who’re they? This late sixties Canadian troupe is best known for their hit song American Woman as well as a few other nice hits from the era like These Eyes and UnDun. But all compiled together into this tight little package, you have one of the most pleasurable Best Of compilations of soulful hippie music ever made. It really holds up well and is an instant smile producer. 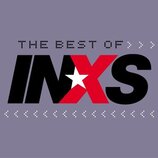 INXS, The Best of
Much Like Duran Duran, it’s easy to forget just how many incredible songs this band produced. These boys from Down Under were ‘right there’ when the new wave/underground sound began to take hold around the early 80s with songs like The One Thing. After that, they slayed the music world with hit after hit and this collection is a reminder of just how many there were. A group that was super talented from top to bottom, the early demise of lead singer Michael Hutchence leaves one to wonder what may have come had he been around to continue a strong legacy. 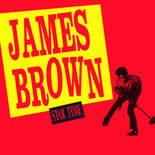 James Brown: Star Time
What can you say about Soul Brother #1, the Hardest Working Man in Show Business and the Godfather of Soul? This four disk set of Mr. Dynamite’s funkiest stuff says it all—It’s absolutely essential listening for anyone, no matter what your musical preference. This soul lifting compilation is about as exciting as music gets and the beautifully produced and remastered set is enough to stimulate your funky tastebuds for years to come. By the time you start disk three, you’re sure to be in a groove that’s enough to leave you in a cold sweat. 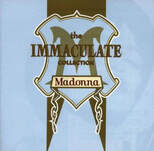 Madonna: Immaculate Collection
What can you say about Mads? Almost more for what she did in her personal life than as a recording artist—her disastrous movie career, unstable love life and questionable and confusing alliance to the British Throne, she’s as polarizing a pop star as there ever was. Yet, she produced some of the greatest pop songs of all time and this collection is just short of awesome. Never one with the strongest voice, she did however know how to write a hook and her music is as catchy and infectious as any artist in history. Big fans will undoubtedly own all her albums, but for the rest of us, this is all that’s needed and it’s addictive. 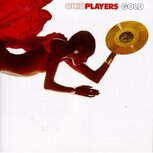 Ohio Players: Gold
A funk group that put out a bunch of forgettable albums with overtly sexually suggestive covers of half naked women, these guys did however bang out a few hits. Their most notable hit, Love Rollercoaster, became a dance floor smash as well as Fire, but this “best of” collection shows they were more than just dance music. This large band had some serious chops and could ride a groove all the way home. A must have for Funk and Soul lovers as well as music fans alike. 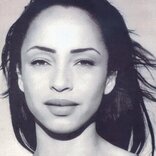 Sade, The Best of
If you haven’t made love to a Sade song, you’re just simply not doing things right. Ever since Sade’s silky smooth voice slipped out the hit tune Smooth Operator in 1985, she and her band have produced a ton of great songs, though none of her albums are essential to have. This collection by Atlantic is totally mesmerizing and shows what an amazing catalog of songs she produced over the years. It’s sexy, romantic, tuneful, passionate and seductive. But be careful. If you’re listening with someone, make sure you like them because it’s possible that you may end up in bed together. 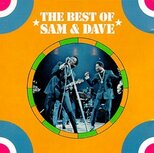 Sam & Dave, The Best of
Here’s another group where you’re probably saying who? Sam and Dave, best known for their smash hit Soul Man produced a wonderful collection of soul hits that are perfectly grouped into this package. If you ever watch the movie The Blues Brothers, there’s a shot where John Belushi pushes this cassette tape into the player just as they’re being pulled over by the police. Sam & Dave were a huge influence to many generations of soul musicians and this disk is amazing and worthy of repeat listenings. 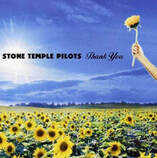 Stone Temple Pilots: Thank You
Storming out of the early 90s with powerhouse bands like Green Day, these So Cal guys got a little lost in the grunge shuffle with the huge popularity of Nirvana and Pearl Jam. Listening to this compilation, you’re reminded just how good these guys really were. A true solid four-on-the-floor band, each member was dynamic with Scott Weiland leading the way with his haunting growl. Weiland’s drug problems tainted their legacy a bit, causing the group to go out with a slow whimper, when they should have been one of the greats that banged it out for the long haul. 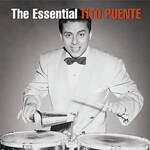 Tito Puente: The essential Tito Puente
Essential pretty much sums it up. Just about every relevant piece Tito knocked out is on here spanning his entire career. And what a career it was. The King Of Latin Music really knew how to lead a band and his Mambo/Salsa music was infectious and it swung with a popping beat that was relentless. A hip swinging, foot stomping must have for Jazz enthusiasts, but Tito was so much more than Jazz as his sound broke the genre barrier and this is a fantastic collection to own and listen to repeatedly. 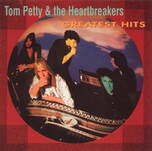 Tom Petty Greatest Hits
Here’s a collection that had me skeptical upon release, but once I listened to this incredible history of one of rocks most creative songwriters, I was converted. Although Petty’s career probably deserves to be looked at through his album releases, this Greatest Hits collection is absolutely amazing and is a complete look back at a musician and a band (the heartbreakers) that was in full control of it’s writing and style. A must have.
Special Mentions: These compilations are fantastic to have, but in certain cases the genre is either very specific or the collection doesn’t always hold up to repeated listening…

These compilation albums are fantastic to have in your collection, but you should add them to get a taste and then dig deeper into the artist/groups catalog…