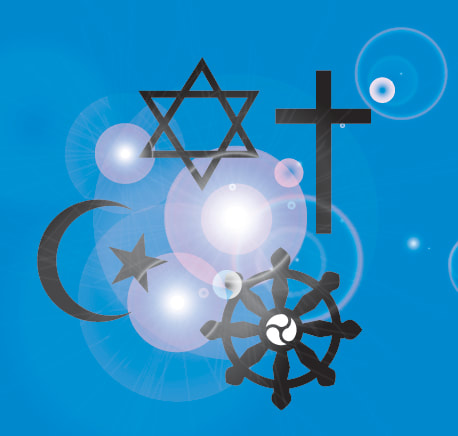 America is a melting pot! You hear that term a lot, don’t you? We’re a melting pot! And for the most part it’s true. We have different cultures and religions from all over the world living in this great country of ours. It’s what makes America… AMERICA!

But we’re not necessarily a melting pot when it comes to our religious celebration breaks. The holiday calendar and the times in which our children get off from school, and adults off from work is still centered around the Christian calendar. Christmas and the Christian holidays rule the timeframe in which we work things. And I guess that’s fine as long as everyone is cool with that. Is everyone cool with that?

I know over the last few years we’ve made more concessions in our work and school breaks for Jewish holidays. But I’m not sure we cut back in other areas. It seems like my son has about 2 months off at Christmas time and then Spring break and then Easter break and then some other kind of break, and then the whole summer off. Do kids go to school anymore? When I was in school I went to school every day, 13 months a year for 27 years. Is it any wonder our country is 39th in education out of all the industrialized nations on Earth? Did I just pull that number out of my ass? Yes!

But this isn’t about our terrible education system. It’s about how we divide our time between all the religions. Being the lazy atheist/Catholic that I am, I have no clue as to when any of the Muslim holidays are and how long they would celebrate them for. I know Ramadan is a really long holiday and we can’t take a month off to celebrate it, but can’t we squeeze in a few days off for it? I think so. Considering a billion people celebrate it, it might be time to recognize it.

Maybe it’s time for all the religions to pick one holiday in which we ALL take some time off and we move on from there. Start staking some calendar tent poles. Is it really necessary to have so many different new years’ celebrations? Can we agree to just have one? As someone who’s family is Catholic, I’m more than willing to give up Easter so that someone can have the time to do something. Don’t the Hindu’s have a say in this?

Most of us are just thankful to have some time off. Would you really care if you got a few days off for Ramadan? Of course not! I’d be totally psyched! If someone said, “hey, want a four day weekend?” I’d say “Yes, please!” I may be a tad jaded here, but we’re not jumping for joy because we have time off to worship, we’re jumping for joy because we have a few days reprieve from our stupid bosses, lazy co-workers and generally monotonous work lives.

But there’s only 365 days in the year and we do need to get some work done, so that’s why we need to start staking some tent poles now. People don’t like change, but we need to rework the holiday calendar a bit. We’ll of course keep Thanksgiving, as that’s the warm-hearted American holiday when we killed off the Indians. So that’s an automatic tent pole right there. I’m being sarcastic, of course—I truly love Thanksgiving and it’s a day that is all about family and nothing more. Memorial Day is an essential holiday in giving a hearty thanks to those who passed in battle. Labor Day is a particular favorite of mine as it’s a day in which we don’t labor at all. Should be called No Labor Day, but hey, it’s time off from work no matter how you slice it. We have the all-important fourth of July to celebrate the founding of our nation, but after that everything is up for grabs, in my opinion.

Christmas is a major tent pole, which will never change as our economy basically rotates around this lovely holiday. I love Christmas because I like getting stuff, but we get a big hunk of time off for this holiday and it’s only fair that other religions get time off for their holidays.

Unfortunately they may not come at the most convenient times. If they’re all crammed in the same timeframe, we may have to close the country for two months while we drink and/or fast ourselves into a religious stupor. Someone may have to make some sacrifices and it may not be pretty. Some holidays are really not worth celebrating. Any Jew worth his salt will pretty much tell you that Hanukkah is a nothing holiday that got trumped up so their children had something to celebrate while their bratty friends got heaps of Christmas gifts. So maybe they agree for no time off for Hanukkah. I’m just throwing out ideas here—don’t get upset.

Yom Kippur bounces around the calendar a bit, so perhaps the Jews take Yom Kippur as their big holiday, keep a consistent date and take a week off for that at the end of September. I know, I know. There’s probably some kind of God frowning down upon me right now, but we gotta make sacrifices, right? Isn’t that what Yom Kippur is all about? …I think? ….Anyone?

So let’s have a review. Here’s how I think things could work out if we let it. Let’s have Ramadan around August 29th-ish, Yom Kippur around, let’s say September 20th-ish, Navariti (Hindu festival of worship) around October 15th-ish, we can keep Thanksgiving where it is and then Christmas on December 25th. That’s a good start! Then we celebrate the New Year and forget all these freakin’ famous birthdays and bust our asses straight through till about April where we can celebrate some other stuff. And don’t get me started on Scientology. That’s a whole different blog post in itself.

Once we get the big holidays locked up, we can work on the smaller ones. Trust me, no one in my family is going to cry if we don’t have off for Easter, but I can tell you now that I’d really look forward to having a few days off in August, and then September, and then October, and then November and then end the year with big ol’ chunk of Christmas/New Years break and start the new year off refreshed.

Maybe we can start making up some new holidays—not just celebrating the same old holidays. That seems very American and democratic. Maybe we can have a committee and see if we can get a round table discussion about coming up with a new holiday. How does God Day sound? Or maybe, Holy Worship Day? I don’t know. I’m just throwing out ideas. As long as I have a three day weekend, I don’t really give a crap.