READY FOR A NEW AGE OF ENLIGHTENMENT? 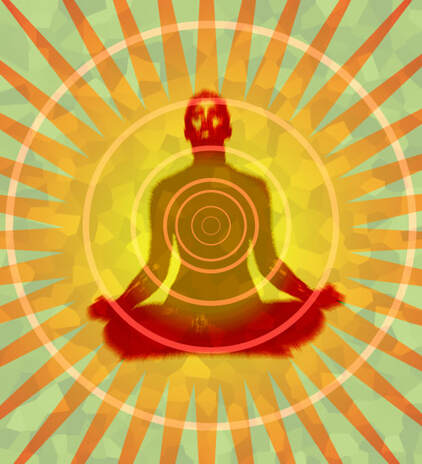 Our world has come to a grinding halt on just about every level other than our slow decline into a void of economic despair—on that front we’re excelling. But on every other conceivable venture that separates us homosapiens from the crawling animals, we’re in a crippling muddy stagnation. Art, music, fashion, writing and intellectual boundaries have ceased to make any strives in the past 10 to 15 years.

Our politicians propagate religious idealism and talk about God as a means of structure more than they have in a hundred years. Apparently they don’t know there’s a separation of church and state, and if they do know, they don’t really give a shit. This is the type of mindset that thought disease was cured with a good bleeding and slashing whips across the backs of slaves was good motivation. What we need is less parody and more government reform. We’re becoming more conservative as a nation, less creative and everyone is terrified of making any kind of risk-taking ventures because they fear losing their place in life—whether that’s their job, social status or any other hierarchy. Because of this fear, we have an entire planet of copycats creating the same boring drivel.

Advertising and graphic design is the same crap it’s been for years now. Music is so boring, Autotune is the most interesting thing to happen since Beck was captured by space aliens and taken to another galaxy. Even fashion is failing to break into the mainstream. They say fashion comes around every 20 years or so, and if that’s the case, we should be somewhere into the preppy-meets-grunge stage of fashion right now… wait… it IS in that stage right now! In fact fashion hasn’t moved forward or changed much since Kurt Cobain shattered his skull into a million pieces 18 years ago.

So what happened? If you look at fashion, it may actually be the perfect Petri Dish to coincide with what is all going wrong with the world today. Take my (and others) theory on fashion coming around every twenty years. That’s actually a reality. Fashion does seem to come around like that, yet it’s filtered through a spectrum of everything that happened in between. So around 2005, we should have taken what was happening in 1985 (and maybe even 1965) and filter it through 20/40 years of bell bottoms, Day-Glo sweatshirts, big hair and metal piercings. 2005 should have been the year of Day-Glo skinny jeans with giant pompadour hairdos and pierced eyeballs—yet, 2005 mainstream fashion looked a crap-load like 1995 fashion.

Many factors may have happened that stopped the progression of fashion as well as art and music. The internet has turned an entire planet of kids (and adults) into consumers of small time satisfactions, and inward visionaries with music studios, art galleries and every other mind stimulating creative avenue on the planet at their fingertips. We’re all worldwide spectators, yet satisfied to look at pictures and sound clips of stuff that randomly pops up on our computer monitors. Stepping out and moving around has gotten way over rated and people would rather sit around and enjoy their super spectacular surround sound HD 3D TVs while surfing the web and texting their 783 closest friends. I’m guilty of it myself.

This isn’t an American problem either—it’s worldwide. We’re all connected throughout the planet. We’re a global economy now. Everyone knows what everyone else is doing at all times. The playing field has been leveled and originality is getting washed away in the flow. China and Brazil have economies that are exploding and their people are taking advantage of resources and technology. We’re so busy trying to hold ground, things like quality literature and art are afterthoughts in a race to grab dollars—and everyone is caught up in the race. Everyone is bracing themselves, clinging to the side of the boat as the international wave starts to get things rocking.

And who has time for fashion and literature? And who has time to draw a picture or spew out an original thought or idea without it being transformed into the vision of someone else—someone whose been trained in school to make the most out of marketing things—even if it means destroying the beauty of the original idea?

Our government is breeding a nation of fear. Not since the McCarthy Era has our Government told the people what they can and cannot do. We’re almost back to the days of the late 50’s—back when men wore tight suits and hats and looked like they were manufactured at the Working-Joe assembly line. This was a dangerous time in our country. This is when people were taught to obey and told that things that were different should be hunted down like animals and killed. This is when the 60’s rolled around and people said WHAT IS GOING ON?! The youth dropped acid, dropped out and collectively asked WHY? Things took a huge turn and the world changed forever. The Beatles and Hendrix changed music. Art was spun on its head and fashion became organic and original.

That spiritual revolution was a natural progression because when you suppress something for too long, it eventually bursts out. You can stop a tree from growing up, but eventually its roots break through the sidewalk, out into the air, and even sprout new trees. That 60’s revolution was kindled and stoked by years of post WWII repression and disenchantment. Our government was bordering on big brother territory—controlling what the masses saw and tried to manipulate what they thought. It’s dangerous territory to tread and we’re dangerously close to this type of life again.

Our government is now trying to suppress the one freedom that up until now has been easily accessed and the closest thing we’ll experience to the Wild West—The internet. We’ve lived in a world these past few years, in which we’ve had access to just about every perversion and piece of information and answer to any question that came into our head at the touch of a finger. And now our government is trying to enact laws to gain control of what is seen, sent and placed on the World Wide Web.

The SOPA and PIPA acts are floating around the House and Senate and they may just be the first steps at violating the 1stamendment, one of our most powerful and oft defended amendments since it’s birth over 250 years ago. This is the first step in our government trying to control what we see and do under the guise of protecting us from so-called criminal activity. It’s a fraudulent set of bills, conjured up by conservative political wizards and their enslaved money-loving followers and if they’re passed, we may find ourselves in the mists of a cultural revolution, the likes of which we’ve not seen for a long time.

This could be the straw that breaks the camel’s back in the road to a new age of spiritual enlightenment. Maybe we don’t even need the SOPA and PIPA bills passed to kick-start the engine to a new enlightenment. Maybe it should already be happening, because reasoning is being mashed by Materialism and Creationism. The internet is an incredibly important tool and it needs to be wide open so everyone can express themselves. It could be the key factor in starting the New Age of Enlightenment if we can all break away and stop watching cats on trampolines and badly filtered news systems.

This is a world in which Banksy is considered a vandal and music is something “nurtured” through mentors on shows like The Voice and… you know what else! We need the new Beatles, we need the new Ramones. We need someone special to crank out important philosophical musings, set to incredible music or we’re doomed to hear about what a ‘genius’ Kurt Cobain was for another decade or two. Singer songwriters need to rise up as strong as politicians who clamor for votes. We need the new Dylan reflecting on the injustices of a runaway-train-world gone completely off the rails. We need artists who literally paint the town red. Graffiti is only a bad word if it isn’t used to say something.

Don’t accept mediocre music, art and fashion. If you’re not satisfied with what you see in the world, make your own art, music and fashion and make it grand so everyone can see it. Write your own constitution. Make some noise! Playing it safe in this world is the first step in letting the fear control what can be said and done. Our government makes sure you feel scared to do anything out of the norm. Conservative leaders pound their fists on their high pedestals, enforcing their agendas into your homes and bedrooms because they have a personal vision and they want you to follow it.

Follow a different vision. Bop to the beat of a different drummer and take the path that’s not only less traveled, but that you’ve been told not to travel on all together. We need to start a new revolution in the world and it starts with the youth. I’m getting too old to start making cracks in the infrastructure, but I can help make a few dents. We need the New Age of Enlightenment to start now. Shout it from the rooftops because I’m tired of hearing the same crappy music and seeing the same generic artwork. I want to hear something new, see something different. I want to see exciting clothes and wild hair.

We’re in danger of becoming clones of the establishment. Our leader bark about the American way and how we’re the best country in the world. They talk about our originality and our determination, but they don’t really mean it. They want us to be burlap draped zombies who listen to their instructions and nod yes to all they say. When they talk about the American way, they’re simply relating it to money and how it can line their own pockets, not how we can be more individualistic and exciting as free-willed artists and idealists. Everything they do is for themselves and not for the good of the common man. Politicians simply can’t be believed anymore. They’re track record of lies has caught up with them. Special interests and money is all any leader listens to anymore, so it’s our job as the common people of the world to express what we want and how we feel.

It’s sad really that we’ve come to a time in history when we’re simply tuning out what our leaders say. Our forefathers are rolling in their graves as human and legal rights are burned in a pyre of injustice. And the SOPA and PIPA bills are the first step in what is soon to be a long line of government interference in what they want you to see and hear.

This is a call to all to start a New Age of Enlightenment. Write books, create blogs, create something that challenges everyone, scares everyone and makes everyone think. If we don’t do it, no one will and mediocrity is becoming the norm faster than we realize. One day we’ll turn around and everything will be a wash of grey and the sound we hear will be a droning buzz as the world crumbles into a polluted sea of indifference.