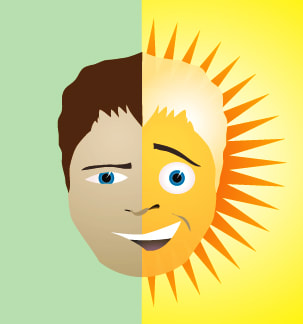 Have you ever gone into a store and left with stuff that you really didn’t want? That’s good product placement and even better advertising, but it can also be the result of a good salesperson.

Sales people are usually there to enhance the appeal of an item, but at times they can be really pushy bastards who annoy you and even manhandle you into a purchase. For people of a weaker constitution, they can end up buying hundreds and even thousands of dollars worth of stuff that they didn’t want.

Sometimes the people who are selling you stuff are legitimately telling you about a good product and others blatantly lie about something, knowing you won’t return it when you realize it’s a piece of crap. In fact, a good chunk of selling is knowing people won’t make the trip back to return it because their time is more precious then getting back in the car, complaining, waiting in line, getting the money back etc…

We all know car salesmen are overbearing jerks and super pushy, but a lot of times you go into a place thinking you’re going to have a nice, calm, well thought-out purchase and you’re wrangled into the silent clutches of an meddling salesperson. These are the “sneaky pushy” salespeople.

These sales people are sneaky pushy because they’re not overbearing, they quietly creep under your skin just enough to push you, but not totally piss you off. They’re also sneaky pushy because most of the time they’re selling you something that you don’t really know much about. You THINK you do, but once they get their grubby little hands on you, they make you feel like you don’t know jack-shit about anything you want to buy in any store, ever again. They even make you feel like you’re stupid if you don’t buy what they’re selling.

Mattresses are REALLY expensive and most people go into a mattress store with a budget of like $300-400 and realize they have 2 mattresses available in the showroom that are in that price range—and those are equivalent in quality to a one-hour motel rooms. So within seconds, you have to think outside your price range. Mattress salespeople don’t really have to sell too much because they are usually asked for advice when the customer walks in and sees nothing but giant white boxes lying around. Yes, they tend to hang over you, creepily, while you’re lying on the mattress testing it out, but they don’t have to do much to sell their product. The salesperson simply says one thing and it changes your mind instantly… “Well, you spend half your life on a mattress, so you might as well get the best.”

Actually, you spend about 1/3 of your life on a mattress, but they’re probably right. Spine alignment is nothing to skimp on. By the time you’re finished, you’ve dropped two grand on the mattress, box spring, delivery and all the other stuff you forgot to calculate when you walked in the door. Better enjoy the mattress because you’ll only be able to afford to sleep for the next few months.

Forget it! I used to work in a vitamin store in college and it was in our Prime Directive to quietly HOUND customers. We wanted them to buy two of everything and the most expensive choice, if possible. Apparently, all the vitamin shops used this tactic and still do as I’m always hounded by the salesperson in the vitamin shop. Even if I’m just browsing, they’ll ask me four times if I need help. And if I DO need help—Oh Boy! The reason they’re sneaky pushy is they’re usually nice, but they act as if you’ll DIE if you don’t buy what they’re selling. They act as if they’re selling you actual LIFE!

Most people don’t know anything about vitamins, so they’re left to believe the store salesperson. Vitamins are actually quite tricky as they work in conjunction with one another and also can help utilize your food better. But if you go in wanting calcium supplements, the salesperson will tell you five other things you need as well to help the calcium penetrate your blood with the highest impact, our you’re simply throwing your money down the toilet! Vitamin sales people are the best at making you feel like you’re stupid if you don’t buy everything they’re selling. They’ll smile and say “OK, no problem” but they give you that shrug as if to say “I don’t care, go ahead and DIE for all I care!” So if you’re going in for a $5 bottle of multi-vitamins, be prepared to drop $100 on stuff that will sit in your medicine cabinet for three years.

I love to cook and have cooked thousands of meals, but I still don’t know everything there is to know about 1/10th of the cooking world. And that goes for what’s good to cook. I’m not a professional chef, so I haven’t explored every cut of meat on every animal by a long shot. If your not perusing the meat freezer at the market, you’re standing glassy-eyed in front of the butcher saying things like “I want something… tender and juicy. Aaaaaaand, something that is good to cook.”

Yes, you will sound like a moron at the butcher, but most butchers are not that helpful as they assume everyone has a Beef Cuts Chart hanging on their wall and know exactly what they want by name. This is another place where the consumer basically has to ask, “What’s good?” Well, according to the butcher, the really expensive stuff that came in fresh five minutes ago! If you don’t put in the research and find out what you want, asking the butcher means dollar signs. “I want a few steaks” means you’re going to get four, inch-and-a-half thick Rib-Eyes at 30 bucks a pop. Rib-Eyes are great, my personal favorite, but you can probably get by with half inch cuts and still be totally full if you pair it with a potato of some sort.

The perfume women at the mall are frightening on multiple levels. First off, they’re wearing enough make-up for a circus clown. Secondly, they’re WAY too enthusiastic. Third, they have a strange and thankless job and fourth, they’ve been standing in a cloud of perfume dust for weeks straight and it gives them this horrifying edge to their personalities—sort of like a soldier with Post Traumatic Stress Disorder waiting in the dentist’s office.

What makes them sneaky pushy is that you can walk by them eight times and they’ll say the same thing over and over, like they’ve never seen you before. “Crimson roses by Calvin Klein?”… “Crimson roses by Calvin Klein?”… Like a motion sensor robot. After a while, you actually start to cave because you’re having a mix of sympathy and some weird attraction to the scent, which is wafting off of her like steam. The thing is, is that for men, this is kryptonite. But if a woman gets a spritz on her wrist, she’ll hold it to your nose and say “this is nice, isn’t this nice?” Which means, “You’d like to buy this for me, wouldn’t you like to buy this for me?” Those perfume robot women are sneaky good.

I have a kid and I’ve been through the whole baby thing, so let me give you some advice. You don’t need half the stuff you think you do. No really, you don’t. I know it’s great to get everything you think you need at a baby shower so you don’t have to buy it, but walking through the giant baby department store and zapping everything with those purchase guns is going down a slippery slope.

Your baby is basically a blob of flesh for the first six months and does nothing but eat, sleep, poop and cry. So really, all you need is a crib, diapers & ointments, clothing, a carriage/stroller, bottles (or other things in that feeding area i.e. breast pump) and things like a thermometer and other heath monitors. THAT’S IT! The people at the baby store make it seem like your kid will walk out of the house if you don’t have every conceivable base covered before it’s brought into the world. “Better get three or four different kinds of bottles and nipples. If your baby doesn’t like one, he won’t eat!” REALLY? I challenge anyone to try and stop their hungry child from eating when they’re hungry. My son would have sucked the flesh off my finger if I’d stuck my finger in his mouth instead of a bottle nipple. This is total BS.

Get the basics and then wait about 6 or 7 months and see how everything settles and see what you need later on. Yea, I left stuff out like soaps and towels and things, which you should get, but don’t let the baby store people make you think you need the $1,200 crib. It’s a freakin’ wooden box for crying-out-loud! I got one that was 200 bucks and is built like a brick shit-house. Perfectly good and safe!

These people may be the sneakiest of all because they’re selling expensive items and it’s difficult to get people out of their price range when items of quality jump in price from one thing to the next. But you pay for quality and jewelry is something that you’ll have for a lifetime if you get the right item. It’s a commitment and you want the right item.

The reason jewelry people are sneaky pushy is that they have the tendency to carefully undermine your taste value if you start skimping on the price, and NO ONE likes to have their taste questioned—not even the guy wearing a pink tank-top, black & white checkered pajama bottoms with brown leather cowboy boots and a red baseball cap that says, Rick’s Pizza. If you’re not careful, the best jewelry salesperson can manipulate you into a high-end purchase, just to spite them!

The best jewelry salespeople will have a high-quality, stone-cold smile/scowl, with their eyes squinted enough to shield you from their vision, as you probably disgust them. They also assume you won’t buy anything, so they give you as much attention as a homeless person begging for change with a crumpled coffee cup from a Greek diner. The jewelry salesperson can be flippant and have an air of superiority, so to avoid being around them, avoid going jewelry shopping just to browse. Jewelry shopping is something to take seriously and not to do to kill time. If you want to kill time, go to the HD television store and watch the basketball game on 30 TVs at once and leave the gold and diamonds for a special occasion.