WILL THERE EVER BE ANOTHER RON JEREMY? 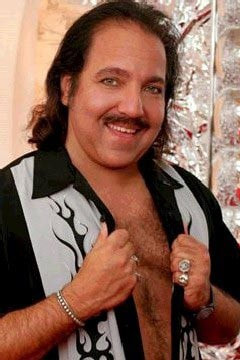 I know many of you have asked yourselves this very same question. Some of you probably three or four times a day. Will there ever be another Ron Jeremy? It’s a question scientists, stock market trend watchers and world leaders have been trying to answer for decades now.

Back in the day, a lot of attention and fame leaned in favor of the men. John Holmes and Ron Jeremy emerged from the pack and gained unpresedented notoriety and fame. Both donned horrible, unkempt, dog-like moustaches and had bodies that made your grandfather more sexually appealing. Yet both came equipped with penises that seemed to grow longer with each push into pasty young vixens.

John Holmes life became a horror show when he was embroiled in drugs, a murder case and eventually died of AIDS. Yet Ron Jeremy persevered through the muck and became a star. Not only because of his particularly protracted package, but because of his strange humor, goofy looks and charm.

So, will we ever have another Ron Jeremy? The short answer is no. The world is not built for this type of thing anymore. In a land where we get our pop stars through television competitions, and reality TV is more popular than scripted entertainment, we’ll never have another Ron Jeremy. Ron is one of a kind. They broke the mold when they made the Hedgehog. But they didn’t break the mold when they made a mold of his penis. You can buy a replica Ron Jeremy penis at a sex store near you.